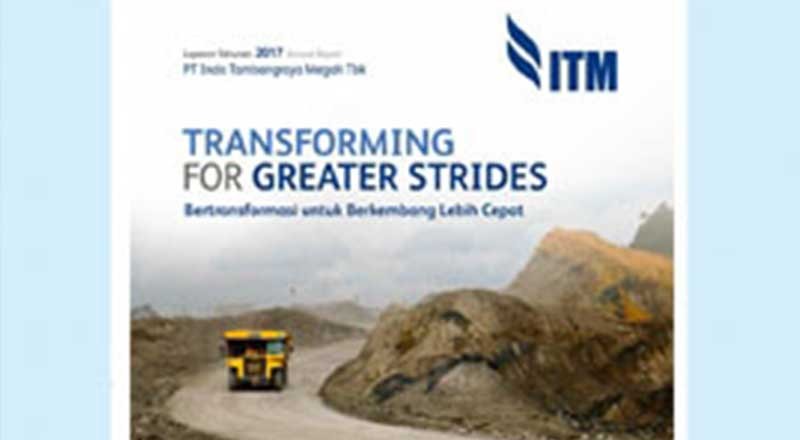 The coal demand in 1Q19 was softer than usual as a result of mild weather and economic slowdown. On the supply side, lower rainfall in Indonesia led to high coal output. As a result, coal price has been declining globally.

Despite a slight drop in coal price, our total sales grew by 20% compared to the one in same period last year as total sales volume rose by 36%.

Furthermore, lower net income resulted from higher costs as a result of higher stripping ratios due to reserve optimization.  The spike in stripping ratio is temporary and is planned to be lower in the subsequent quarters.

With lower ASP and higher cost, 1Q19 gross profit margin was recorded at 21% versus 29% in the first quarter in the previous year while EBIT in this period declined by 35% to USD 57 million.  Earnings per share during the period was booked at USD 0.036.

By the end of March 2019, ITM’s total assets were valued at USD 1,470 million while total equity was USD 853 million. The company has maintained a strong net cash position of USD 392 million with short term working capital borrowings of USD 14.5 million.

In the first quarter of 2019, the company produced 5,8 million tons of coal. For 2019, production volume is targeted at 23.6 million tons while our sales volume target has been set at 26.5 million tons, of which 78% has already been sold.