Plastic have become integral part of our daily life. Yet, plastic trashes littered by people have contaminated surrounding environment whereas in fact it takes around 1,000 years for plastic materials to decompose.

Therefore, in order to celebrate World Environmental Day, ITM campaigned against plastic pollution with a slogan “Beat Plastic Pollution. If You Cannot Reuse it, Just Reject It!”

The key message conveyed was actually in line with the same anti-plastic pollution campaign carried out by United Nations for Environmental Programs.

The campaign was organized on June 6 and July 26 at ITM Office in Jakarta as well as in a mountainous region of Cisarua, West Java, respectively.

In addition, all employees were also invited to watch demo about how to make Styrofoam waste useful as artistic handicrafts.

The continuation of the first World Environmental Day celebration was arranged on July 26 at one of Ciliwung River’s upstream situated in the mountainous region of Cisarua, Puncak, Bogor, West Java, (about 50 km from Jakarta) engaging 40 ITM Jakarta employees. Those employees were invited to pick up plastic trashes polluting the river.

After picking up litters in the river, they took some rest by having lunch together while enjoying natural music performance from the stage.

Organized in collaboration with Puncak Ciliwung Community (KCP), NGO who have concern with the Ciliwung River’s purity, the Cisarua campaign activity kicked off “Pro-Ciliwung Movement,” namely an activity aimed at decreasing water runoff flowing into Ciliwung River by planting trees and creating absorbing wells. By doing so, it is expected to prevent floods along the stream. 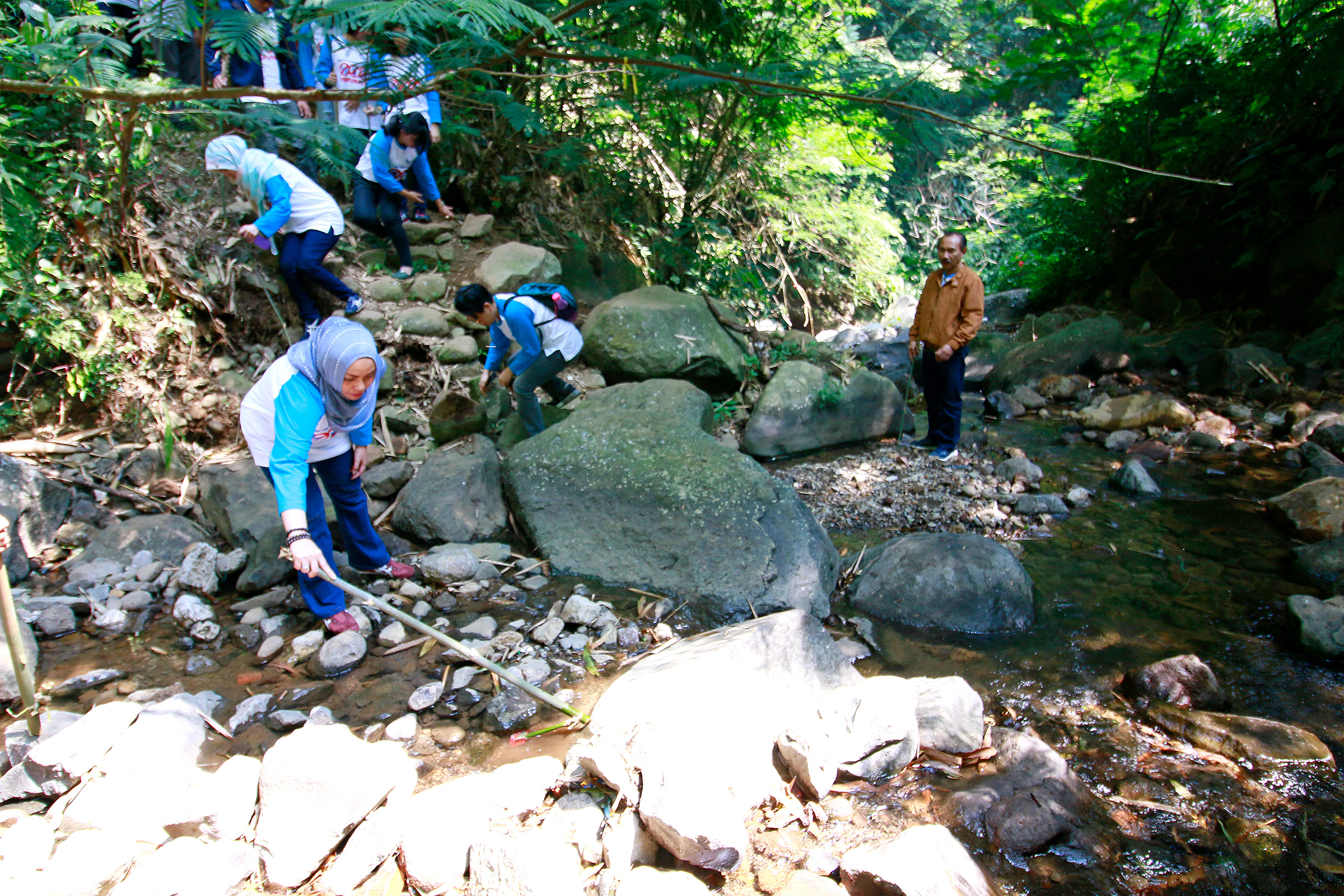 ITM Director Bapak Bramantya Putra along with government officials at Forestry Service, Environmental Service, Public Housing Service and Spatial Planning Service as well as the Director of Cibodas National Park took part in the activity of cleansing one of the upstream of Ciliwung River. At the end they each put a sticker on a big board symbolizing that they gave full support to the Pro-Ciliwung movement.

KCP also has attention to education of children residing their surrounding neighborhood.

Those children, for instance, are taught to play angklung (a set of traditional bamboo-made instruments) and demo their ability before audience. As a form of support, ITM donated IDR 38.5 million to KCP in order to construct outdoor stage for their future performance.

“On this future stage, the children will show their ability to play angklung before the guests,” said Teja Kusumah, the Chairman of KCP.